COLLEEN BOYLE is an artist and academic working out of Melbourne, Australia. Her current research interests include: theories of perception and representation; history and theory of photography; space exploration and space imaging; philosophical interpretations of imagination; scientific imaging and theories of scientific observation.

In 1977 her grandfather took her to see a matinee screening of the film Star Wars. The windows of the Yea town hall had been darkened with previously used black plastic that was ridden with tiny holes. The result was a galaxy of shining stars, and the film hadn't even started. Thus began Colleen's life-long fascination with all things to do with outer space.

Initially trained as a printmaker at Monash University, Colleen's art practice has now diversified into working with photography, sculptural elements, light, shadow, projections, mirrors and whatever else takes her fancy. 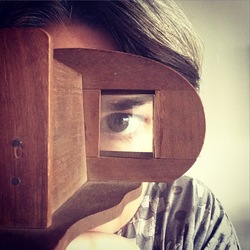 Curatorial Projects
To the Moon and Back, Ballarat International Foto Biennale, core program, 2019